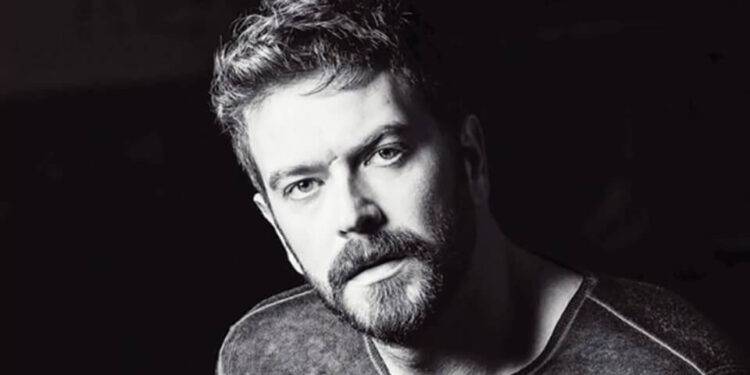 Engin Ozturk gives life to the character of Baris in the series The Fateful House, where you were born. It is curious how old and where Engin Ozturk is from. Here’s what’s unknown about him…

Engin Ozturk was born in Eskisehir on 28 September 1986. He is the fourth child of a retired military father and a housewife mother.

He graduated from Fatih Anatolian High School in Eskisehir. He completed his associate degree at air Petty Officer Vocational School in 2005 and his bachelor’s degree at Hacettepe University State Conservatory Theatre Department in 2012.

He decided to become an actor in the Theatre Club, where he entered the Air Petty Officer Vocational School.

In 2010, he played the character of Selim Yasaran in the series Fatmagul’un Sucu Ne?. He announced his name in Turkey and the Gulf countries with the series. After the series ended in 2012, Behzat C., which starred the famous actor Erdal Besikcioglu, who owned the bar where he played both plays and bartended while studying at University in Ankara, took on the lead role. Engin Ozturk played the role of Commissioner Emre in an Ankara Police series.

He took on the role of 2nd Selim in the Magnificent Century (Muhtesem Yuzyil) series broadcast on Star TV. In the TV series remember Gonul, he played the role of Yusuf, a carpenter who studied interior architecture. He played the character of Kerem Ozkan in the series high society.

In 2018, he appeared in Netflix‘s first Turkish series, The Protector (Hakan Muhafız), as Levent Topal. On February 21, 2020, he starred in the film Biz Boyleyiz. Engin Ozturk last starred in the absurd comedy series 50m2, which aired on Netflix.

Fatmagul’un Sucu Ne is a 2010 Turkish drama television series… In the series, produced by Ay Yapim, the story of Fatmagul (Beren Saat), who was raped by four men and forced to marry one of the rapists, and Kerim (Engin Akyurek), who was forced to marry him, is covered.

Behzat C. graduated from the Police Academy in 1985 and served in the Homicide Squad. During his service, he was unable to rise as a position in his position due to problems with his superiors and undisciplined behavior. Each episode tries to solve the murders committed in Ankara with different characters in its team, such as Harun, Ghost, Vulture, Eda, Selim and Cevdet.

The series is based mainly on the life of Sultan Suleiman the Magnificent and Hurrem Sultan, the struggle for the throne and the palace life of Hurrem Sultan for his sons.

The private hospital owned by Dr. Veysel was on the verge of bankruptcy due to financial difficulties… A handsome and mediatic doctor, Selim, who works as a neurosurgeon in one of the most luxurious hospitals in Istanbul, is forced to leave the hospital when the businessman he underwent his surgery passes away.

About the story of a young woman who has lost her memory, staying between two men in love with her, Hatirla Gonul features Gokce Bahadir, Onur Saylak and Engin Ozturk in the lead roles.

It tells a story about people from completely different worlds whose lives are completely different, but who can’t find what they’re looking for. Engin Ozturk, a teenager (Kerem) who grew up in a veteran family with difficulties in poverty, and Hazar Erguclu grew up in villas with pools, grew up in wealth that was taken everything he wanted, but a young girl (Cansu) who cannot be happy despite the luxury life she is in. Kerem and Cansu, who want to find their place by changing their place in a world where one’s life is the other’s dream, will succeed in defeating differences, classes or fate thanks to love.

Dirilis Ertugrul (Resurrection Ertugrul) series 13. he covered the century. 13. he became the subject of the struggle against the Knights Templar with kayı obası, who lived in Anatolia in the century. The Mongols are one of the biggest enemies of the apricots. From time to time, they want to destroy the kayı obası and the Seljuk state by organizing an influx into Anatolia.

Biz Boyleyiz, it tells the story of a group of friends who reunite years later. A group of friends who spend their childhood and youth together are thrown in different directions as they move into upbringing. The group that grew up in the hands of Nezihe is greatly saddened when they learn that Nezihe, the person they value most in life, has been disturbed. The team that wants to be with Nezihe in this process goes from Istanbul to Nezihe’s House in Izmir. Friends who have completely different characters from each other are forced to stay together for a few days on this occasion. This process leads to surprise developments and past reckoning.

50m2 tells the story of a mysterious hit man named Shadow (Engin Ozturk) who tries to find himself as he runs for his life. After the betrayal of Fortune, who treats him like his long-lost father, shadow suddenly finds himself living in a 50-square-foot tailor shop in an unfamiliar neighborhood.

Dogdugun Ev Kaderindir (Fateful House), it is based on a true story in Gulseren Budayicioglu‘s novel The Girl In The Glass, and it appears to the audience as a screen-adapted version of this novel. Gulseren Budayicioglu is a valuable psychiatrist and also a successful writer who writes traumatic stories with all their reality. The home in which you were born is fate, a series that deeply shakes and thinks with its true story and traumatic experiences.

Which one is Elcin Sangu's Best TV Series?