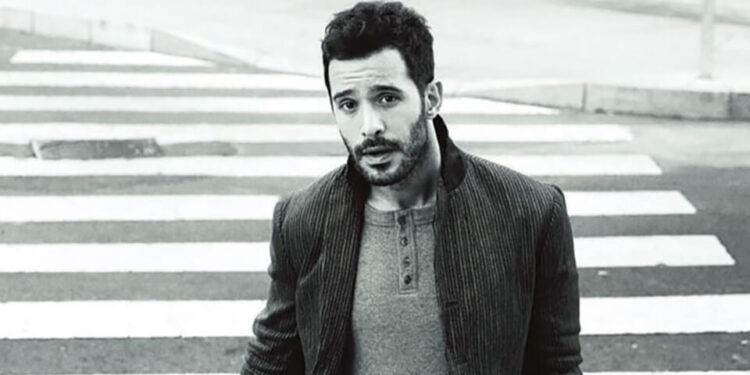 Baris Arduc started to take a leading role in the television world in a short time, where he entered with supporting actor roles. The handsome actor, who gained great acclaim and a wide fan base, especially with the Kiralik Ask series, continues his career in both cinema and television series. What about Baris Arduc?

Baris Arduc was born on October 9, 1987 in Scherzingen, Switzerland, where his parents went to work. Arduc, the middle child, is Fatsa from the father’s side. 8-year-old who lives with his family until he returned to Turkey where the player was with his family in 1995.

While continuing his education life in Golcuk, he settled in Bolu with his family after the great earthquake in 1999. He left Kayseri Erciyes University Sports Academy, which he won in the first year for university education, because he could not adapt. The player, who is a very good swimmer, worked as a lifeguard in Sile for 8 years.

Baris Arduc, whose life changed as a result of meeting with veteran theater actress Ayla Algan, started to study acting in these years. Later, the famous name who attended the trainings at Sadri Alisik Theater entered the television world in 2011 as a professional actor.

Baris Arduc first acted as a supporting actor in TV series such as Kucuk Hanimefendi, Dinle Sevgili and Pis Yedili in 2011. Later in 2012, he made a name for himself with the character of Ahmet Avcioglu in the TV series, Benim Icin Uzulme, which was directed by Mahsun Kirmizigul and whose story was started to be shot in Hopa district of Artvin. The role of Arduc, who played only in the first episode of the series as a flashback in the rest of the episodes, played a young man who was passionate about sports at the age of 17-18 and wanted to play football in Trabzonspor, was so loved that when the character died in the series, a 10-meter banner was opened in the stands of Trabzonspor.

Later, in 2013, he was included in the series Bugunun Saraylisi, which was adapted from the work of the same name by Refik Halid Karay, directed by Kudret Sabanci, broadcast on the ATV channel and starring names such as Selcuk Yontem, Serhat Teoman and Cansu Tosun.

The business man Selim Bayraktar, who is the sole heir of a large holding and group of companies and manages the assets and companies of a young girl named Aysen Kaya, played by Cansu Tosun, gave life to the character of Selim Bayraktar for 2 seasons. The first season of Bugunun Saraylisi series lasted 31 episodes, and in the second season, after 5 episodes were broadcast, it made the final in the 36th episode due to the decrease in its ratings.

What made Baris Arduc world famous was Kiralik Ask, in which he shared the lead roles with Elcin Sangu in 2015.

In the series, the story of a rented love turning into a real love… The content of the series tells the audience about the struggle for a girl to pick up a rich boy for a certain amount. Our daughter’s name is Defne, our boy’s name is Omer. Omer is a shoe designer. He designs the shoes of the company he founded with Sinan, whom he sees as himself and his closest friend, friend and brother. Sinan manages the financial and administrative parts of the business. The human being that caused the beginning of our story is Neriman Iplikci, wife of Omer’s uncle. Neriman will be rewarded with a mansion on the condition that she marries her nephew as a result of the agreement she entered with her father-in-law.

The actress, who has also appeared in movies besides the television series she has played, also makes a name for herself with the social responsibility projects she actively supports.

Why Won't the Dogdugun Ev Kaderindir Series be Released on March 24? When Will Episode 37 Air on TV?