Born in Silivri, Istanbul on February 5, 1987, Özge Gürel’s mother is a housewife and his father is retired. After completing his primary and secondary education in Silivri, the young player left the International Trade Department of Beykent University and began to realize his dreams of becoming an actor. Ozge Gurel, who first took acting and then actor management classes, soon attracted the attention of the producers.

Ozge Gurel, which attracts attention with its beautiful physique, has a length of 169 cm.

An actor who acquired his first experience with the character Zeynep in the series Kizim Nerede (Where is my daughter), thus entering the world of television. She later appeared in the roles of Melisa in Huzur Sokagi (Peace Street) and Rana Hatun in Muhtesem Yuzyil (Magnificent Century).

In 2014, she gave life to the role of “Ada” in the popular series Medcezir.

Her first leading role was in Kiraz Mevsimi (Cherry season).

In 2017, she returned to the screens with the series “Yıldızlar Sahidim”, which came to the screens and starred with Berk Cankat. However, the series was not long-lived.
It gives life to its Nazlı character in Dolunay (Full Moon), which managed to become one of the favorite summer series of 2017. Ozge Gurel is accompanied by young actor Can Yaman in the lead role of Dolunay.

“My sister died of cancer. I’m familiar with those processes and what happened afterwards. First of all, children with cancer, the elderly, women’s rights, child abuse, animal rights, other areas of interest in terms of social responsibility… if I can help someone, it hurts me every time I stop. If I can make a small contribution to the life of a creature, if I can make it beautiful, I have to do it. Somehow everyone touches each other’s lives. Every time I’m happy, whether I know it or not, someone has a contribution. So I want to contribute to someone’s happiness. We owe it to this world…” 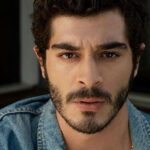 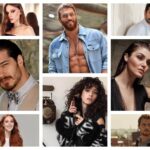 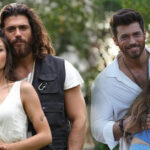 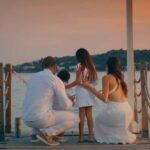