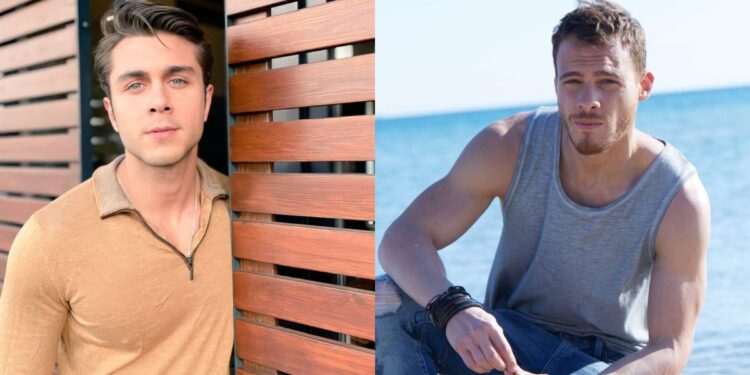 We’ve put together two of the most talked about names of recent times. Both handsome actors are well liked and successful. So, which actor do you choose? Here’s the poll! Kerem Bursin vs Onur Seyit Yaran!

Onur Seyit Yaran was born in Istanbul on January 13, 1995. He was originally Ordu from his father’s side. He is a student in the Department of Sports Management at Haliç University Sports Academy. Onur Seyit Yaran, who played football for a long time as a licensed player, is a chess athlete as well as a football player. He competed professionally between 2008 and 2011. Galatasaray English German and Onur Seyit Yaran is a dark supporter of Galatasaray.

He is the winner of the best Model Turkey and Best Model of the world competition held in 2016. Onur Seyit Yaran, who stepped into acting life with the series Kalk Gidelim, which aired on TRT 1 screens in 2018, gives life to the character Enes in the series Vuslat, which is now broadcast on TRT 1 screens. Onur Seyit Yaran is 1.87 meters tall, 78 pounds and Capricorn.

Kerem Bursin received his college education in acting and graduated from Emerson College in marketing communications. He was named Best Actor in a U.S.-wide Interscholastic theater competition. She appeared in a commercial for the social messaging app Line, which aired on September 9, 2013. He also starred in a Lipton commercial with his co-star Hande Dogandemir in Gunesi Beklerken (Waiting For The Sun), and in January 2015 he became the advertising face of Mavi Jeans. Another face of the brand Serenay Sarıkaya and Turkey’s first snapchat interview and then they acted together in a commercial film. In August 2016, Kerem Bursin‘s contract with the Mavi Jeans brand was terminated. Currently, Serkan Bolat gives life to the character in the series Sen Cal Kapımı.

Can Yaman And Diletta Leotta Are On The Cusp Of Romance On a Love Holiday!