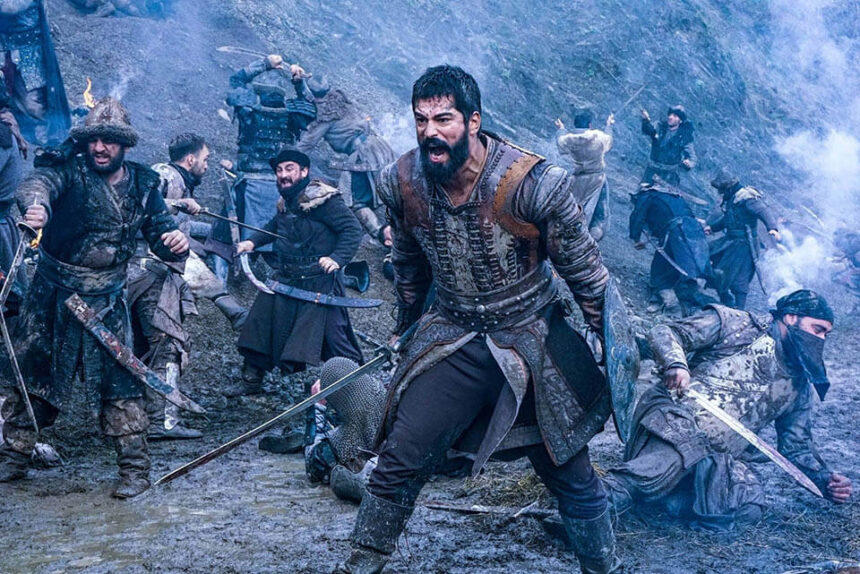 If you are interested in history, be sure to add historical sequences to your watch list. As you watch historical series about people who have left their mark in history, events that have changed the world, societies that are still unsolved, it will be as if you have traveled through time. We have prepared a list of 10 best Turkish historical drama series for you.

So far, Turkish series have been made on many subjects from the Ottoman Empire to the recent history of Turkey. In the list you will find successful productions starring many of your favorite Turkish actors and actresses.

After the death of his father Yavuz Sultan Selim while on the expedition, Suleiman, who took over the sultan’s office in the Ottoman Empire, as well as his personal life in the harem, his family and relations with the palace Ashraf, are among the important elements of the scenario. The rise of Hurrem Sultan, one of the most scheming valide Sultans of the Ottoman dynasty, from concubine to order, which personally affected the Empire, is shown by the gaudiness of the Ottoman Empire.

The series lasted a total of 4 seasons and aired 139 episodes (2011-2014). After one season, the series started its broadcast life on Show TV and switched to Star TV screens.

Turkish historical drama series Magnificent Century was the most expensive project in the history of Turkish television of the period with a budget of 3 million 500 thousand Turkish lira. A plateau was established on an area of 2,100 m2 for the construction work that began within 5 months before the first publication date, and a group of sculptors and painters of 30 people built individual copies of the structures here.

Turkish historical drama series Kurt Seyit and Shura are based on the novel of the same name by Nermin Bezmen, a story set in the late Tsarist Russia.

When Kurt Seyit, one of the Tsar’s most valuable officers, who leads a life of tradition, meets Shura, the little girls of a noble Russian family, for the first time, the lives of both will change from head to toe. Kurt Seyit, who must marry a Turkish girl, travels between his love and traditions, while his old comrade Petro will not be very good at this great love.

Kurulus Osman, starring Burak Ozcivit in the title role, is a series that tells the historical story of the transformation of the Ottoman state from an extreme principality to the Jihan Empire. After the Resurrection Ertugrul, which began to be broadcast and succeeded in capturing quite a large audience, Osman has many issues that viewers are interested in.

Turkish historical drama series Kurulus Osman, at the beginning 13th century, Kayi Bey is a continuation of Ertugrul Gazi’s journey as an extreme gentleman. The challenges they face in the geography in which they come, the struggles to make these new places their homeland, are the main theme of the series, while the series also shares the audience with the troubles that Osman Bey, the son of Ertugrul Gazi, endured to create a state.

A good audience performance was captured as a result of the performances of the actors and the believability of the script in the series, which set off with a strong cast. The series is followed with acclaim at home as well as abroad. Plato, created in Riva in Beykoz district, hosts the series.

The young people of two families, whose political views are far apart, connect with each other with a passionate love. These allegiances gradually tear them away from their families. Ahmet and Yasemin, who are left between their families and their love, have games prepared by fate.

Although the series Remember Darling (Hatirla Sevgili) took a love story in the late 50s as the main subject, it also shed light on Turkey‘s recent past. The series also dealt with the political and social situations of the period from the late 50s to the 70s. The coup of May 27, 22 February 1962 revolt, uprising, May 20, 1963, 9 March 1971 coup attempt, the Sixth Fleet Protest events of Bloody Sunday, 12 March Memorandum, in the event Kizildere, 1973. And 1977 general elections in Turkey, Bloody, 1 May, 16 March massacre, the September 12 coup Fatsa point in the array were some of the historical events of operation and processed. The recollection series was based on the period in which it was published.

Mediterranean, Black Sea, Balkans, Caucasus and Mesopotamia were looking for a new owner, while our hero Ertugrul was also looking for a new dormitory for 400 tents. Ertugrul, who defeated the Mongols and Turkmen gentlemen and gave Kayi a dormitory, thus the secret of the establishment of the Ottoman State was hidden in his own story. Here the series brings to the screen the story of this saga.

Turkish historical drama series Resurrection Ertugrul (Dirilis Ertugrul) series covered the 13th century. In the 13th century he became the subject of the struggle against the Knights Templar with Kayi obası, who lived in Anatolia in the century. The Mongols are one of the biggest enemies of the apricots. From time to time, they want to destroy the kayı obası and the Seljuk state by organizing an influx into Anatolia. In the first season, the fight against the Knights Templar becomes completely different in the second season.

At the same time, in the first season, Kayi Obasi is in a flurry of search for a dorm. In the second season of the series, the struggles with the Mongols are described. It informs the audience by describing the destruction caused by the Mongol invasion in Anatolia.

By the third season, Ertuğrul is the leader of Kayi obası. Here he settled in Willow and tended to establish a state. It describes the period when the foundations of the Ottoman Empire were laid by fighting in Anatolia against candarogulları and the Byzantine State. At the same time, during this period, the games made by external forces who want to destroy the state are also described one by one.

The set of the Resurrection Ertugrul (Dirilis Ertugrul) series, which feels the Obas, otaks, cities and places of the period, is located in the Riva District of Beykoz district of Istanbul.

The series deals with the state structure of the Great Seljuk Empire, its political events, wars and the life of Melikshah.

The first episode of The Great Seljuks began broadcasting on 28 September 2020 on TRT 1. The series is still ongoing.

The documentary series aired simultaneously with the entire world on January 24, 2020 on Netflix.

The year is 1896. The Ottoman Empire is gradually losing its dominance in the Balkans.Our hero, Milkman Ramiz, is a poor Turkish peasant who lives with his three married daughters and wife in a village near the city of Manastir in the Macedonian region.The events that developed on the axis of Ramiz and his family also aim to hold a mirror to those years of the Jihan empire, which was retreating from the Balkans in fonda.

Filming of the series Farewell Rumelia (Elveda Rumeli) was mostly done in Bitola, Macedonia. The place where milkman Ramiz’s house is located is in the village of Makova, also known as Pursican.

Miralay Cevdet, a major who served in Thessaloniki in the Ottoman army towards the end of the Balkan war, is a patriot soldier. He is a passionate lover of his wife Azize and a compassionate father to his children Ali Kemal, Yildiz and Hilal, and a good son to his mother Hasibe Hanım. When he was in the army with his close friend Miralay Tevfik, he resisted with all his might not to lose his homeland at the front, an event that happened to him will open a new page in his life, he will be forced to break away from the Cevdet family, and Tevfik will help Azize, who was forced to emigrate from the Thessaloniki Prefecture to Izmir. He’ll be with them at the cost of revealing his feelings for the Saint. But Tewfik also has a great secret.

Azize, on the other hand, will find himself in a difficult struggle with his wife, three children and mother-in-law. After the incident that happened to his wife, whom he loved more than his life, the Ankara government will raise their children, struggling with the absence of Cevdet, who switched to the Greek side as an agent in favor of Mustafa Kemal and his friends, and the difficulties of the war years. The star is beautiful, her eyes are high, and the Crescent is a patriotic and struggling young girl.

The first episode of the Turkish historical drama series Vatanim Sensin (Wounded Love) premiered on Kanal D on 27 October 2016. The series concluded on 7 June 2018 with the final episode of 59.

Yurdanur Eroglu’s youth story begins with university student events in the 1970s. Yurdanur, who comes from a distant circle of friends to the right and left factions, loses his best friend by an accidental bullet during the events. Mehmet Eroglu has the only helping hand in the great turmoil. Mehmet is a leftist youth who is a member of the organization, and this young man will become Yurdanur’s wife and Feriha’s father later in the story. Against the backdrop of the political events of these two young periods, they fall in love with each other with irresistible love. However, Yurdanur’s father Dinçer Bey and mother Sema, who are on the right of the political spectrum, will be an obstacle against them.

Mehmet, in his own case, had a fight with his family, who provided their livelihood with a small cloth shop, and lived with a roommate in the mansion of Madame Niki, who rented all the rooms of his mansion. This mansion is the main place of the series, which will offer different stories to the viewers with its colorful types in each room. In the following sections, three more families live in this place, which will also be the home of Mehmet and Yurdanur. The first family is an Aegean family consisting of a slightly sweet crazy Suna Lady, a daughter and son-in-law who is a worker in Germany, a young grandson of Ercan and a veteran of the war of Independence, Gazi Dede. Gazi Dede is the natural funny of the mansion, who thinks that foreigners who come home are Greek agents, who do not believe that Ataturk is dead.

The second family is the Sultan, who emigrated from Urfa, his beautiful daughter Zarife, aged 17, and the macho and cheesy father Ibrahim, who works as a foreman in the factory. The third family is Canan Cansev, a voice artist in the pavilion, and his friend Selo. The young woman with this nickname is actually a clean and pure town girl. The owner of the mansion, Madame Niki, is a colorful minority who sometimes stop by to buy rent and add color to the party in the house with their gossip. 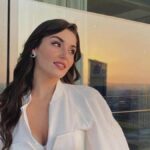 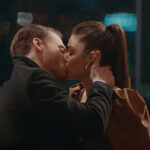 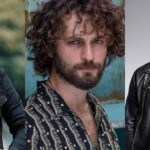 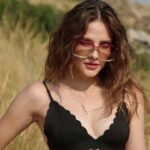