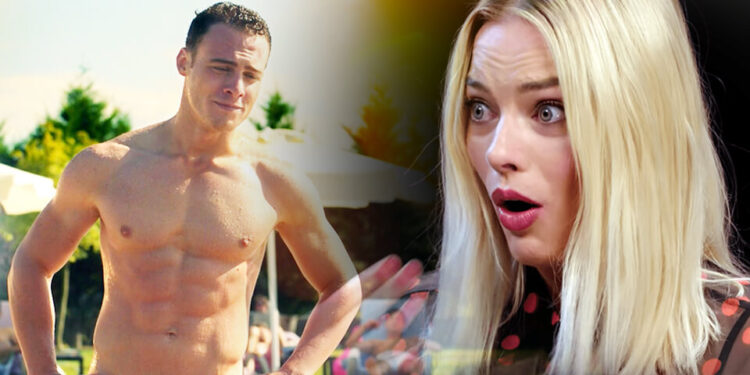 Kerem Bursin made such a confession about the world-famous actress Margot Robbie that his fans were surprised.

Everyone knows that star actor Kerem Bursin did a lot of work outside of acting during his years in the USA. But there is such a person among the names that Bursin is driver, you will be speechless when you see it!

Bursin, who was a guest of Ibrahim Selim‘s program broadcast on YouTube, announced that he was a driver in Los Angeles for a while.

Star actor Bursin, who plays in the TV series Sen Cal Kapimi this season, is one of the most followed and admired actors on social media. It was not easy for him to reach his fans who queued to see him at the doors of the places he went to, and the leading roles he played one after another.

Growing up in the USA, Bursin fell in love with theater while he was in high school and received awards. Bursin‘s job, who wanted to advance in acting, was very difficult. Although he starred in some movies that he was too embarrassed to forget, like Sharktopus, he often had to work on side jobs.

My childhood was spent abroad. We were constantly building a new life. The advantage was that no matter where you are in the world, the human pattern is the same! I felt Indonesia as my home. The place where I stayed the longest was Istanbul. I have been in America for 11 years.

“I Was Making Music”

I finished marketing communications in Boston. Think of it as an assurance, insurance, to finish that department. My father never wanted me to be an actor, my mother secretly supported me. I had a band when I was in high school. My life was music! We were giving concerts on the weekends, I had decided not to go to university, saying ‘I will make music’.

Confessing that he undressed when he was drunk, Bursin said, “I undress everywhere. I start with trousers first. I don’t have a T-shirt, socks, or pants. That’s why I don’t drink much. Last time I got drunk 2.5-3 years ago.” said.

Nowhere accepts that I am Turkish. I’m coming here, you’re not Turkish, you’re American. Are you Turkish there?

Kerem Bursin has done many jobs, especially as a personal trainer, parking a car, and chauffeur, in order to make a living in the USA days. One of his bosses in his short-lived driver adventure is a name known to the whole world.

Bursin was the driver of Margot Robbie before she had gained so much fame!

Margot Robbie, the Harley Quinn in the movie Suicide Squad, is one of Hollywood‘s most popular and highest-paid female stars. One of the permanent members of the list of the most beautiful women in the world, Robbie was nominated for an Oscar two years ago for her performance in I, Tonya.

I carried the actors in a company that costs $75 a day. I took the actors from abroad to the places they wanted to go. It was said that ‘Margot Robbie will come’, I don’t know who is not famous at that time. She will come for the audition shoot. Then we were close with Margot for two weeks. Then she left. He came back again and later became famous,

The Final Decision of Hande Ercel and Kerem Bursin Upset Their Fans!