The relationship between the famous actress Demet Ozdemir and Oguzhan Koc emerged at the beginning of 2021. Although the couple had started to meet before, it was New Year’s Eve that they came to the agenda.

Demet Ozdemir and Oğuzhan Koç used to be normal friends and they knew each other. Then this acquaintance turned into love… Now we witness the strong love of two important names, both of whom are successful in their business.

Demet Ozdemir came to the fore with her TV series. Oguzhan Koc is also acting, but he has been on the agenda with his songs lately. The duo is frequently featured in the magazine with their love images during the holiday.

Speaking to Hello magazine, Demet Ozdemir answered a question about her beautiful relationship. Expressing in sentences how precious love is for him, the actress also spoke words that made her lover proud.

Demet Ozdemir‘s thoughts on love mean a lot to many people. Here are the words of the famous actor in the magazine:

It seems to me that the definition of love cannot be made easily. I call the beautiful thing in my life a journey, with what it has taught me, the good and the bad… And that too… I have a relationship that can overcome difficulties, and it seems very valuable to me.

Demet Ozdemir is on the Cover of Hello Magazine

Famous actress Demet Ozdemir is experiencing the brightest period of her career. The actress, who was followed by the production companies, recently shot the movie Ask Taktikleri (Love Tactics) for Netflix.

Will the actor, whose TV series are watched a lot, take part in a project in the new season? There is no clear information yet. In the backstage, it is said that Ay Yapim will adapt Dynasty, one of the most famous TV series of the 80s in the USA, to Turkey with the name “Dynasty” and that Demet Özdemir was offered the lead role in the series.

Demet Ozdemir, who has not fallen off the agenda with her love with singer Oguzhan Koc, was on the cover of this week’s issue of Hello Magazine. The beautiful star, who shared her assertive poses for the magazine with her followers on her Instagram account, received commendable comments from her fans.

In an interview with Hello Magazine, the famous actress said that she always looks to the future, dreams a lot and has a success-oriented structure.

I am attracted by personal journey stories that do not have to be strong at the beginning, but develop with the story, learn to discover the power, success and happiness within, are very open to everything, everyone and transformation, and are promising for all women who follow me.

Demet Ozdemir And Oguzhan Koc Love: How did it Start?

When photos of lovers holidaying in Cesme were taken, the first confession came from the front of Demet Ozdemir. Ozdemir said: “Yes, it is true that our photos were taken. It’s the love bomb of the new year,” she said.

Even after these words, the former lovers of Koc, Yagmur Tanrısevsin and Zeynep Kocak, who Ozdemir was friends with, stopped following the famous player on Instagram. After all this happened, Oguzhan Koc also declared his love on his social media account. 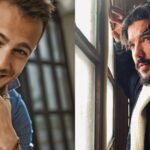 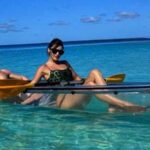 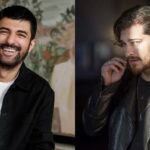 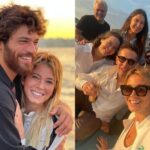