Ilker Kaleli, who is remembered for his roles in TV series such as Poyraz Karayel and Ogretmen, will play the leading role in La pasión Turca, which will be shot in Spain.

Antena 3, the most watched channel in Spain, announced the series La pasión Turca (Turkish Passion). Ilker Kaleli will portray a character named Yaman in the series. Kaleli will be accompanied by Spanish actress Maggie Civantos.

The project that Ilker Kaleli will do for a long time was eagerly awaited. He will appear in front of the cameras as the lead role of the La pasión Turca series, which will start shooting next month.

Filming about the love and passion story of Spanish professor Olivia and her Turkish lover Yaman will begin in Istanbul at the end of the month. Then the shooting will continue in Madrid, the capital of Spain.

According to the news in the Spanish press, La pasión Turca, the series of the Antena 3 channel, will have 6 episodes in total.

The series, in which Ilker Kaleli will play an antique dealer named Yaman, will present adventure, action and passionate love, set in the Turkey-Spain line.

The series, which will be broadcast in Europe and all American countries in the first place, is planned to reach other countries via digital platforms later on.

Famous actress Kaleli, who was in Madrid for the shooting of the series, also drew attention with her Instagram post. Kaleli, who took photos on the streets of Madrid, dropped the note “The incident happened again”.

Maggie Civantos, the lead actress of the La pasión Turca series, also expressed her excitement with her Instagram post. The 37-year-old beautiful actress said, “I am very excited about this project. I can’t wait to play with this amazing actress.”

What is The Subject of La pasión Turca Series?

La pasión Turca is an adaptation of the popular play of the same name written in 1993 by the famous writer Antonio Gala. The fiction, which will consist of six 50-minute episodes each, will tell the crazy love and passion story of Spanish Fine Arts professor Olivia and her Turkish lover Yaman in two stages.

Spanish Fine Arts teacher with a brilliant professional career, Olivia wakes up from a coma in a hospital in Istanbul after attempting suicide. There, he answers questions from an investigator investigating his collaboration with Olivia’s Turkish lover Yaman in an art smuggling network.

The story reconstructs the crushing passion with Yaman that caused him to abandon his life project in Spain in two stages. A story where Olivia doesn’t always tell the truth, fueling the mystery surrounding her stay in Turkey and her involvement in the man’s dangerous business.

In order to get out of prison and be protected from the authorities, Olivia must return to Yaman and report her actions to the police.

Ilker Kaan Kaleli, with his full name, was born on May 11, 1984 in Istanbul. Kaleli, a Turkish TV series and film actor, is a graduate of Istanbul Kultur University Art Management. He studied acting at the London Academy of Music and Dramatic Art acting school. During his education, he also took acting lessons in the Studio Actors group of Sahika Tekand.

He played in the TV series Son, Kayip Sehir and Kayip, respectively. He appeared in the movie Silsile in 2014. From 2015 to 2017, he played the character of Poyraz in the Poyraz Karayel series. In 2020, he played the leading role of Akif in the Ogretmen series.

Who is Maggie Civantos?

Born on December 28, 1984, Maggie Civantos made her name known as Macarena Ferreiro in the prison series Locked Up.

He won the Ganadora de los Premios Madrid Imagen and Premios XXIV Union de Actores awards at the Premios Ondas awards for this role. In 2017, she starred in the Netflix series Las Chicas Del Cable. 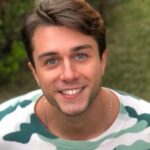 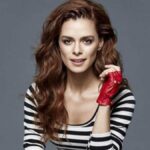 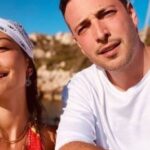