Mert Ramazan Demir gained many fans around the world with his character in Yali Capkini. Here is the short life and biography of the handsome actor.

Who is Mert Ramazan Demir?

The youngest of 5 brothers, he was born and raised in a village in Sile, Istanbul. His mother is a housewife and his father is engaged in trade. He lived in Sile until high school.

Mert Ramazan Demir considers the time when he took all the responsibility of his life on his shoulders as the turning point of his life.

“I don’t remember my first audition, of course, but I remember my excitement about those times. Every audition I went to was a big excitement for me. But it was a great chance for me that my manager Tumay Ozokur supported me. That excitement is still there and will be there years later. When I think back, the period when I started living on my own seems like the renaissance of my life, when I took all the responsibility of my life on my shoulders, my turning point.”

He started his television adventure with the character of Cem in the series Ciplak (Naked), which was broadcast in 2020.

He states that if he wanted to describe himself to someone who never knew him, he would use the phrase consisting of these three words; “The naive mysteriousness of passion!”

When he is not on set, he spends his day sometimes just sleeping and sometimes watching movies all day. “When there is a set, I just concentrate on the set and do nothing else that day.”

Mert Ramazan Demir likes to pursue the moments he enjoys in life. “I mean, for example, there’s something that I love and I want to be in, but I’m not sure of the consequences for me, or I think it’s a very arduous path; it doesn’t matter, if I want to be there, I’ll take full responsibility and go all the way. That’s something I love about me, but it’s also a bad trait. For example, last summer I played the lead role in a short film. We were making the movie with my friends, but in the end I was there as an actor.

Things didn’t go as desired and I found myself doing both casting, production and acting. I took on a responsibility that exhausted me a lot just to play that role. I don’t know if I regret it, I haven’t seen the movie yet, but this situation of going after something both excites and exhausts me. But at the end of the day, I think life is already like this, everything good and bad is intertwined…”

One of the greatest sources of happiness in life is the bond of friendship he has with some of the people around him. “When I think about the people around me, I realize that they are very different characters from each other. This means that I feed differently from each of my friends and I can feed them in different ways… This is what is valuable and what excites me. Of course, there are people who come and go in and out of my life for short periods of time, but there are also friendships that I have built strong bonds with that will not last. I stand by everything that is sincere and naive.”

His first movie was UFO directed by Onur Bilgetay.

Mert Ramazan Demir finds women who are as they are and active attractive. He is interested in many branches of sports such as basketball, soccer, table tennis, swimming and boxing, and also pays attention to his nutrition.

What is the plot of Yali Capkini?

Yali Capkini series, which was broadcast on Star TV screens and brought together Afra Saracoglu and Mert Ramazan Demir, took its place on the screens with its first episode on Friday evening, September 23.

The series Yali Capkini, written by Mehmet Baris Gunger, is about the events that will develop when Halis Aga, the head of the Korhan Family from Gaziantep, decides to marry his spoiled grandson Ferit. 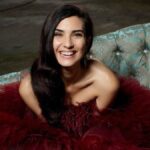 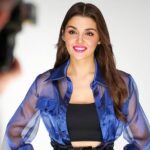 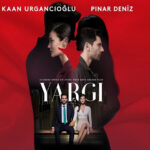